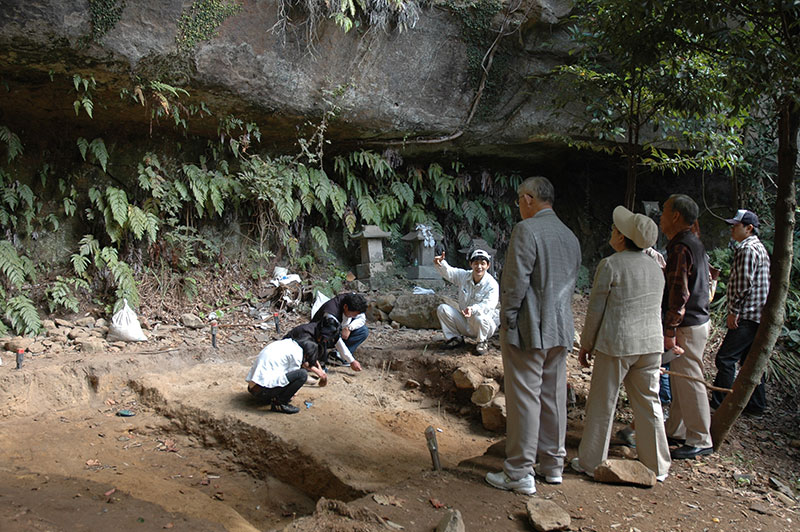 Naoya rock shelter is located close to Fukui Cave. It was also excavated in 1960 when Fukui Cave was surveyed. Sasebo City has been conducting excavation on the site intermittently since 2006. Many finds show its relationship with Fukui Cave in the period between the end of the Paleolithic period and the beginning of the Jomon period. Figures show the undermost layer dates back more than 40,000 years. Andesite tools have also been excavated. The site of the rock shelter (same as Naoya rock sheter) is important also for the future development of human history.