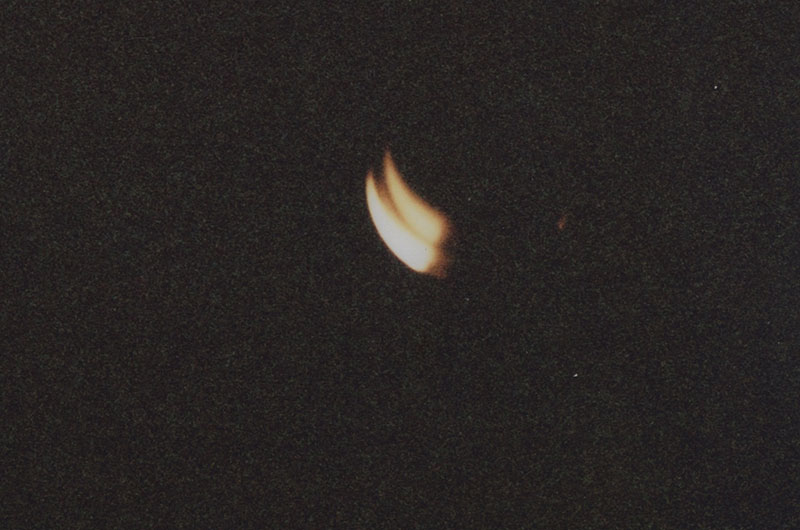 a-2Moon in triple!? Secret of the 26th of July on the lunar calendar

Go downstream along the Fukui River from Fukui Cave, and you will find Hattengu-jinja Shrine in the Itabi area located in the mountain on the left. The night of the 26th of July every year is celebrated with a night festival. It is believed to have originated in the ceremony to pray to the deity of Mt. Takabochi (411 ｍ) for rain. In olden days, a large-scale dedicatory Sumo wrestling event was held at the festival. Something mysterious is believed to happen on the night of the 26th of July: the moon appears in triple or in an unusual color. The shrine commands a magnificent view which stretches far back to the ocean of Matsuura. ‘Face the ocean from the foot of the mountain.’ The place allows a visitor to feel the spirituality of the Paleolithic period humans who lived in Fukui Cave.