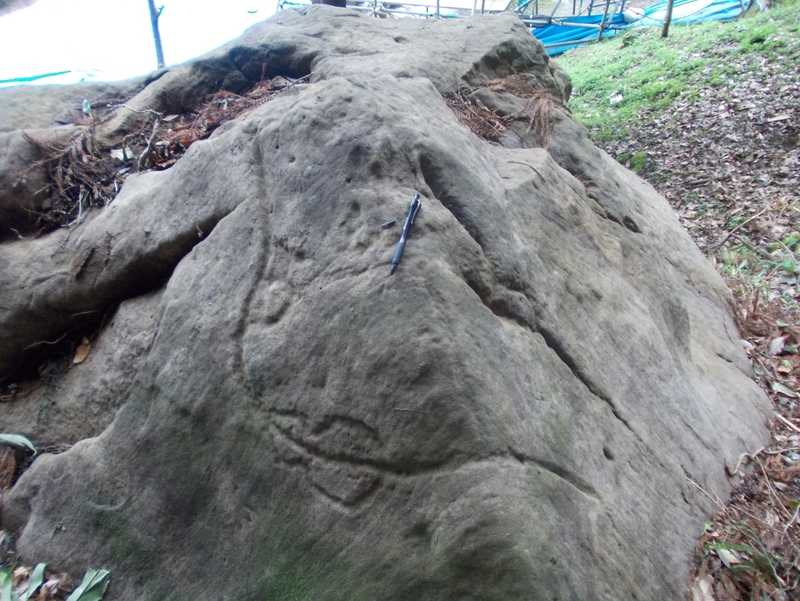 There are large boulders around the cave. They are in this location probably because of landslides and deluges. Some of them have incisions on them in strange shapes. They drew the attention of Serizawa Chousuke after the excavation survey in the 1960s. Are they possibly the oldest line-drawing murals in Japan? A petrological survey conducted recently has concluded that they were not made by the growth of plant roots. The Paleolithic period humans were Homo Sapiens like us modern humans. What were they trying to communicate with these incisions?