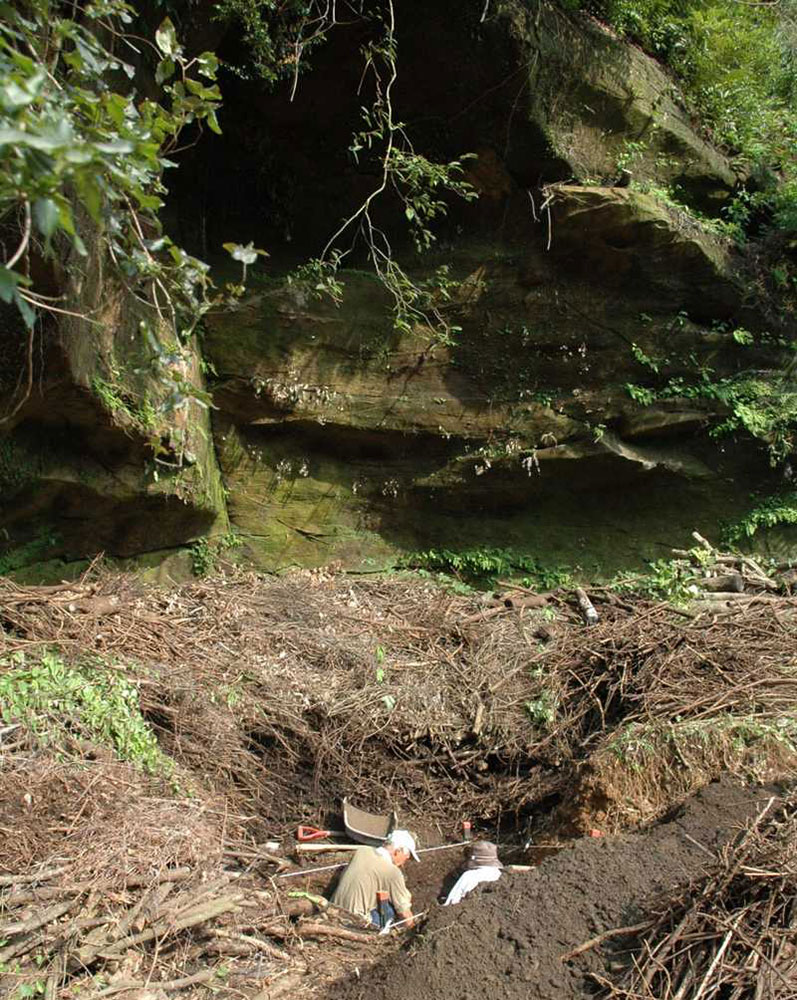 There are rocks around Fukui Cave in which caves formed. Actually stone tools have been found in these caves, too. At the East rock shelter at Fukui Cave, andesite and obsidian flakes originating in the Jomon period have been excavated. The evidence suggests that people moved from one place to another and lived in the caves rather than settling in one place.