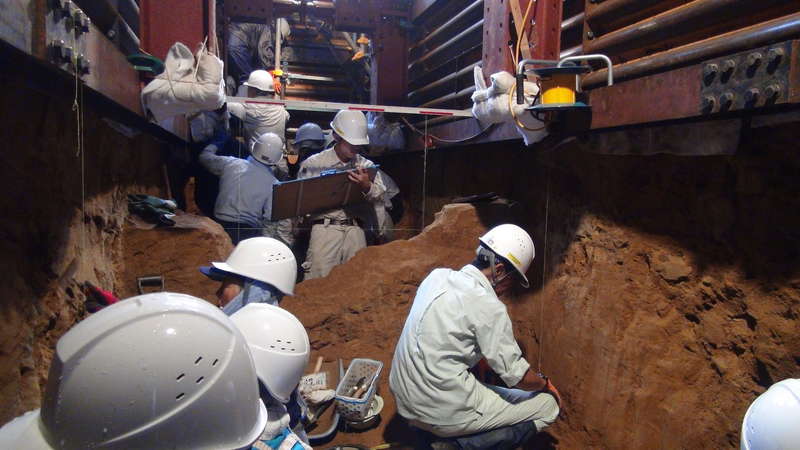 1-3Excavation survey a half century later

The new archaeological excavation took place about 50 years after the first one. The findings include the remains of tool making around a hearth dating back to about 18,000 years ago, shedding light on the way of life the people had at the time and the formation process of the cavern terrain. The extraordinarily important discoveries reconfirmed the fact that Fukui Cave is one of the most important archaeological sites in East Asia.