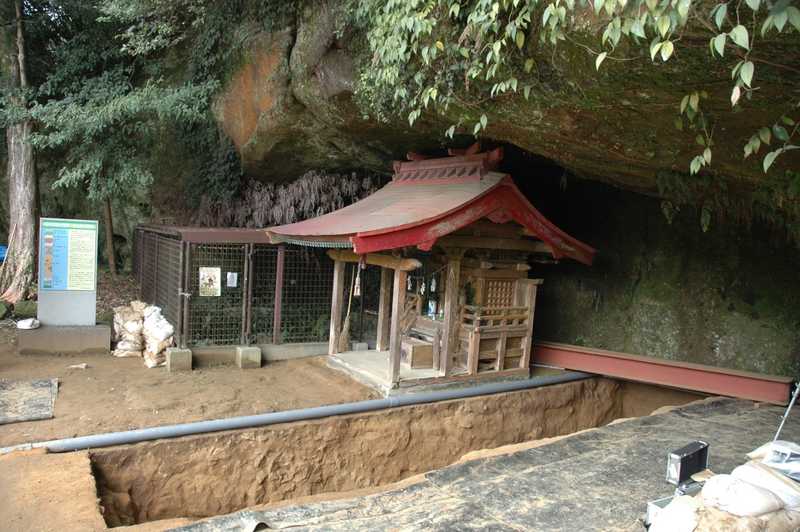 Archaeological excavations have been conducted three times at Fukui Cave since 1960. In the back of the shrine is Trench No.2. Trench No.1 is in front of the shrine. Trench No.3 is in the foreground.
Trench No.1 in the center of the cave was excavated during the excavation survey, which began in 2011.
Although quite unimaginable from the present condition, the excavation team dug down 5.5 m by manual work and reached bedrock.
The second survey conducted in the Heisei period taught us how tough the excavation work must have been as half a century ago. The old photographs communicate the archaeologists’ enthusiasm.