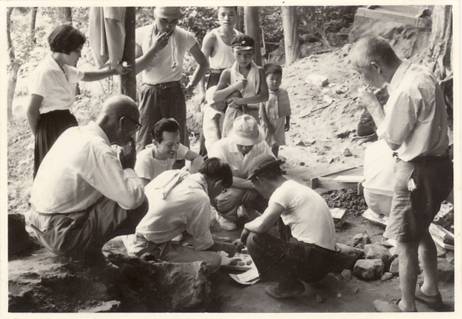 Near the front shrine, there is a monument set up in 1935 to commemorate the reconstruction of the shrine. It shows this place came to be known as an archaeological site when earthenware and arrowheads were dug up from the earth and sand by local historians during the reconstruction. Since 1960 further excavation surveys have been conducted three times by representative archaeologists in Japan: Serizawa Chousuke and Kamaki Yoshimasa. The surveys shed light on the shift of culture from the Paleolithic period to the Jomon period and left a mark on archaeological history.